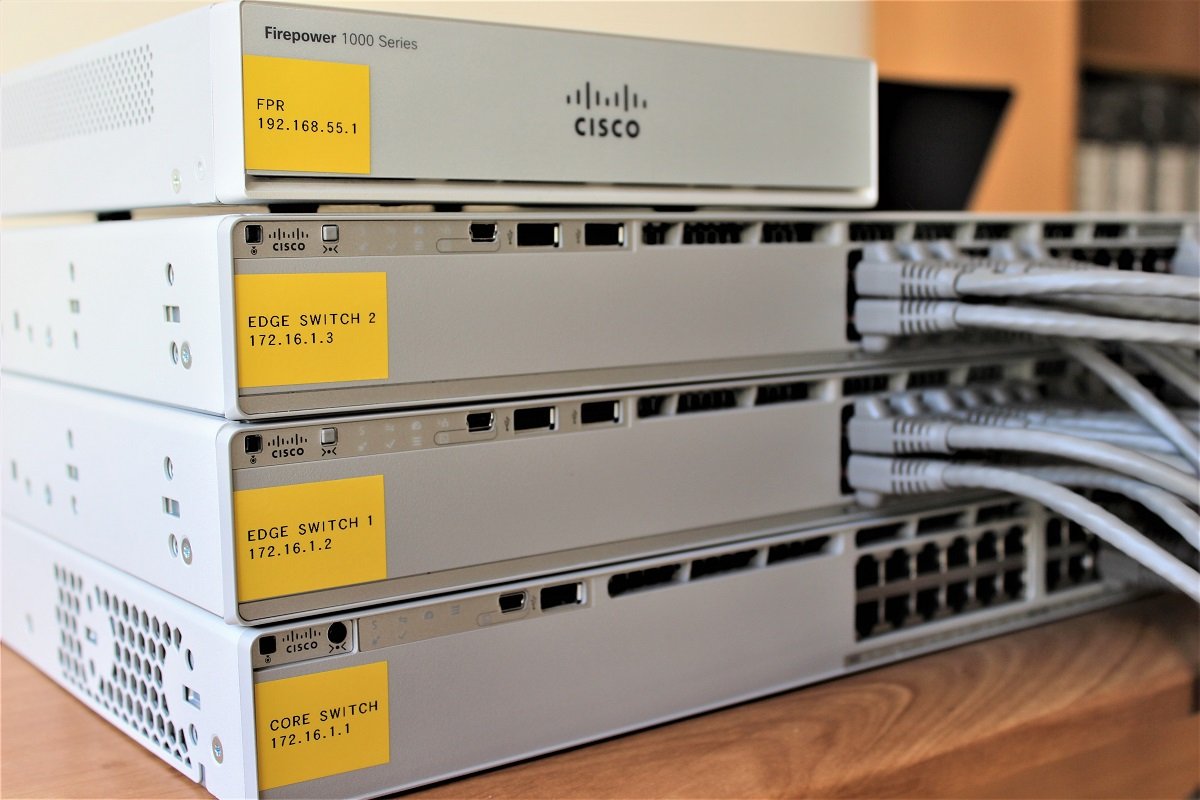 So, you’re working on a big project, configuring a complex network? You just unboxed your new Cisco Catalyst 9300 series and as you start setting it up it fails to boot?
We’ve faced the same issue with one of our latest projects and found an easy and quick solution to this issue.

Naturally, your mind will go to a hardware issue and you start investigating the reasons why your switch is not booting. You might even go as far as contacting Cisco asking for a replacement. Now, this might be an efficient solution sometimes, but not in this case.

But don’t worry just yet, we’ve been in this situation not too long ago and came up with a solution.

The switch booted to the bootloader (switch:) prompt. The commands were limited in such mode, we tried entering the “boot” command, but the switch then booted to a root prompt. We rebooted the switch but it still got stuck at the bootloader switch prompt. What you notice is that the fan of the switch keeps running at full speed, where normally this happens for a couple of seconds only during booting.

So, we followed the steps below to troubleshoot and get the switch to boot.

1. We checked if the boot image exists in the flash directory of the switch by entering the following command:

The boot image was there, which meant that a missing or corrupted boot image file was not the issue.

2. Then we thought this could be due to an incorrect boot variable set. So, we issued the command:

The output of this command was the following:

As you can see in the output, the boot is set to CAT9k_LITE… file, where it should be booting to packages.conf file

3. So, we changed the boot image file was changed from CAT9k_LITE to packages.conf by issuing the following command:

4. Next, we issued the switch: set command to check whether or not these changes were applied. The output appears in the image below:

5. Then we booted the switch by entering the command:

The switch booted normally and all was fine. However, when we rebooted the switch again, it reentered the bootloader prompt (switch).

6. We used the command set and noticed that the variable MANUAL_BOOT=yes.

This meant that we needed to issue boot every time we restarted the switch to boot to the packages.conf file. Therefore, the solution was to set the manual variable to NO, using the following command:

7. Then, we issued the boot command and reloaded the switch to make sure everything was working well, and the solution was solved.

if you are reading this and you have an issue with a Cisco device, you can share it in the comments below, and we would be more than happy to help!

Why old cybersecurity vulnerabilities are still a problem!